You are here: Home / About Me/Contact

I started coding in the 4th grade on my brand new, first on the block, Commodore 64. Back in the day I spent my summer vacations at computer camp creating endless go-to loops. I am sure most of you have no idea what that even is. Let’s just say, I was the kind of little girl that was always buried in a book or playing Pong on the Atari. 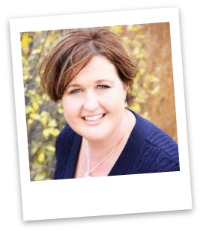 During the 1990’s when Prodigy was new and you could download your email while cooking dinner, I bought myself an HTML for Dummies sort of book. I was getting my Masters in Education. I missed my teaching job at a school for homeless children in Phoenix. I had a toddler and I was pregnant with my second child. In short, I needed something that made sense of the chaos in my life. Something I could control. Code has always been sexy to me in that way. To this day while coding is well into a dimension I can’t begin to comprehend, a good “href=” works better than a xanax.

That second baby was born and it turns out, with a significant, unexpected birth defect. I turned to a then new innovation for answers: Google. But there wasn’t much to find. I dug out that HTML book and used it to put information out there. I figured, I can’t be the only one looking for this. As I learned about my baby’s condition, I shared it on that world wide web Al Gore was apparently inventing. Through many evolutions that site is now Spina Bifida Connection, one of my greatest accomplishments online. The coding is old, the graphics need to be updated, but the community is thriving and saving lives everyday.

While special needs children bring many blessings, medical expenses are not one. I became a little too obsessed with couponing. I was one of those crazy coupon ladies you see with hundreds of bottles of barbeque sauce and salad dressing stuffed under their beds. I needed a way to find more coupons so, again, I headed to the information superhighway.  Dusting off the html book wasn’t enough this time and I made my first foray into creating a vbulletin community. After many late nights of dialing up, A Full Cup was born. It certainly wasn’t the first deal site out there, but it had a community feel to it that attracted many fellow crazy couponers. Some I am happy to still count as friends. Much to my husbands dismay, I am lucky if I remember to use a coupon at Costco now but creating and, ultimately, selling that site taught me that you could make money at this online thing. Maybe I wasn’t wasting my time after all.

By this time those two little boys were in school full time. I was, and still am, to a great extent, the dreaded “helicopter” mom. Desperate to get me out of my role as PTA President, the principal of their school offered me a teaching job. I happily taught 4th grade until my youngest had a surgery he just couldn’t recover from. It was only one of many serious surgeries he has had, but this proved to be the most life altering for me. Homebound services annoyed me. I was a teacher. Of course, I could teach my own kid, right?

Enter the alternate universe for us known as homeschooling. Did this mean I was going to have to learn how to churn my own butter? It was a rough start but after a bit of settling in it started to look like a good decision. As his life and medical issues began to unfold and I became more comfortable in this new skin, we moved into an unschooling philosophy. I like to make sure people know that about us since many unfortunate stereotypes exist about unschoolers. I still have not learned to churn butter and I don’t own a veg-converted RV. Not that there is anything wrong with that. It’s just not me.

These days we live in the southern suburbs of Denver in what I affectionately like to call the last civilized stop to Kansas. This born and raised desert family is getting used to shoveling snow and observing wild critters. My oldest is in college now. The youngest is an unschooling, wheeling teen.  We are consumed by high school basketball (still), watching professional sports and participating in adaptive programs. We travel as much as possible. My husband and I just celebrated our 24th year wedding anniversary. We started dating in high school. Yes, we are “that couple”. Those high school sweethearts that happen to work out every now and then.

The blogging community embraced me here 9 years ago as I helped form the first chapter of Mom It Forward and I once again, have the internet to thank for my continued sanity, or lack there of. This evolution brought things to a new level. Social media outlets were actually, for the first time, truly connecting online to off.  There were conferences cropping up with women just like me. Real people who were shedding their internet persona’s and stepping out into the light. Cartoon avatars made way to actual photos. Brands wanted to work with people. People became brands. It was the wild west of what would become known as the “mom blogosphere”.  This, of course, created much controversy with us old timers trying to figure out how we were to survive in this brave new world. I started sites, I became a brand ambassador, I went on media trips and I attended conferences. And then one day I remembered….

I remembered that I began this out of love for what those simple go-to loops could do. I could create. I could connect. I could teach and I could learn.

So, that is what I am about today. I blog, I communicate and I create and nurture communities with what I hope is a healthy balance for both love and money.  I am mostly PR friendly, as long as you don’t send me diaper pitches, in case you were wondering. In fact, be warned that I will probably want to be your friend. Unless I am hungry. In that case, bring me some cookies please. That usually does the trick.