You are here: Home / family life / Why Should My Teen Take the SAT?

These days, there is a lot of pressure to do everything “right” and one group really feeling that pressure is families with kids thinking about college. The choices of which schools to visit, which tests to take, where to apply….it all gets to be TOO MUCH. I hear you, friends, I have been there and as I sit here now, with a Senior in COLLEGE, I do have some advice for those of you just starting this journey.

My son’s high school counselor suggested he take the ACT and so that’s what he did.What I didn’t realize was that the College Board and SAT connects students/families to over $180 – I think the most recent number now is $220K million in scholarship dollars each year. Who doesn’t need help paying for college? 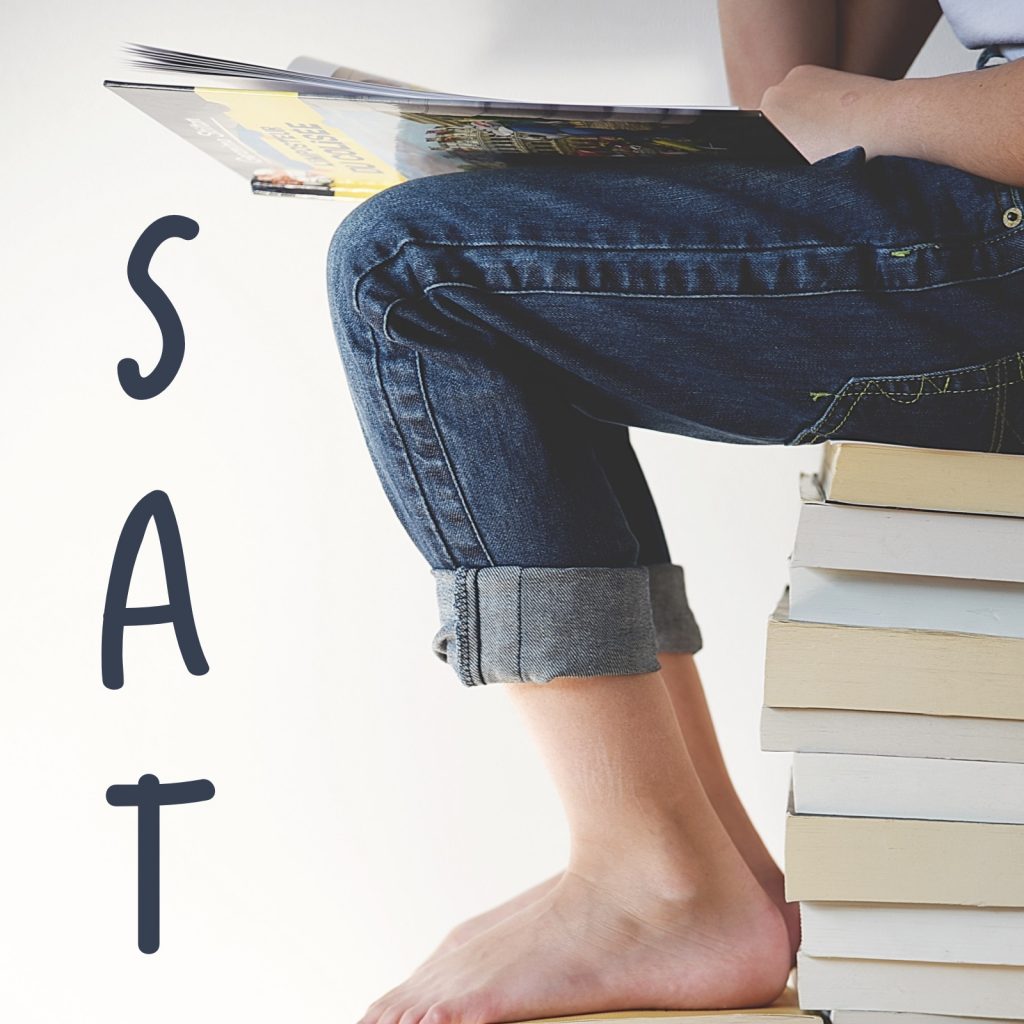 There are other factors about the SAT that I wished I’d known.  For instance, did you know there is no penalty for guessing wrong on the SAT? This is a fairly new development within the scoring of the test and is a huge advantage! Guessing WRONG isn’t penalized. Only correct answers are scored so if you have a kiddo who is a good test taker/guesser (and mine really is good at tests) this is a huge advantage.

The kids get more time per question than on the ACT, 43% more overall and the dreaded “SAT vocabulary words” have also been removed. It’s just a friendlier test now that gives kids a better chance to do well.

One of the biggest pro’s of the SAT though that I will talk more about in the future  is that the test prep is 100% FREE with Official SAT Practice on Khan Academy. It’s the only “official” practice out there.  They made the test so they know what’s on it! Talk about those finances, right? I know parents who paid thousands of dollars for ACT Prep courses but you pay nothing to prep for the SAT.

All of the above would have been very helpful in helping my son score a bit higher and squeeze a few more dollars out of the schools he applied to. Looking at the chart of scholarship money at my sons University now the difference between a score of 1270 and 1280 on the SAT is $2000 a year! That same increase happens between 1340 and 1350. That really adds up over 4 years.

Disclosure: This post is part of a sponsored blog campaign I am working on the next few months with The College Board and OM Media Group.