In October of last year Carter underwent a fairly new and controversial procedure in the spina bifida world, Selective Percutaneous Myofascial Lengthening (SPML). Much research is being done with this procedure as it relates to people with CP. But Carter has spina bifida. Could this procedure produce the amazing results the CP community is seeing? Although much was unknown, we (and our insurance) were willing to give this a try to help correct a knee contracture that was a direct result of his year of bed rest, wound flap surgery and failed tendon release.

SPML is done to release the tightening or spasticity of a muscle. The best way I can describe it is to liken it to a meat tenderizer. Small incisions are made so the doctor can access the myofascial (the place where the muscle and tendon overlap). Once inside, hundreds of micro incisions are made in the myofascial, much the way you would tenderize a tough steak. In addition, Carter would have an alcohol nerve block done to help reduce the amount of constant knee pain he felt.

As I said earlier, there is much success with this procedure in the CP community but very few people with spina bifida have tried it. After a lot of research we felt the risks were minimal to Carter with a huge upside if it worked. I am sharing here our experience because not much is written on the web to people with spina bifida seeking information on SPML. I know you all are aware I write very minimally anymore about Carters condition because, as a 15 year old, he doesn’t want his health record online. Understandable. On this he wants to share in hopes of helping someone else. This procedure can cost upwards of $40,000.00 out of pocket so we both feel its important to share our experience.

Here is Carter’s leg before I contacted Dr. Yngve at UTMB in Galveston, TX. 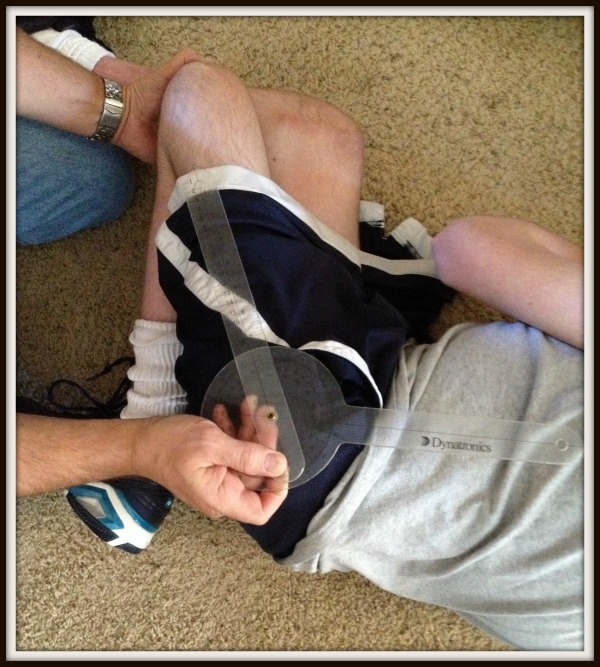 I contacted Dr. Yngve in August of 2013 on the recommendation of our Physical Therapist and after much online research and talking to other parents. We were able to do most of the tests needed here in CO and had the results sent to TX. I had 2 hour long consultations with him prior to heading to Galveston. Talk about a leap of faith. Especially when a few doctors here were not in favor of this procedure for Carter. But we kept telling ourselves we really had nothing to lose. The alternatives are some very nasty, bone breaking, weeks in casts surgeries. We weren’t expecting miracles, we were hoping for some functional gains like being able to pull shorts up without having to vice grip his knees apart. We were hoping to gain better positioning in his wheelchair, not thinking he would walk. Most importantly our insurance was game for it so we had no out of pocket expense other than our travel and if this didn’t work at the very least the alcohol nerve block would put an end to botox injections over the next few years. Like I said…we expected nothing, hoped for everything. It was a one hour out patient procedure. In the realm of what Carter has been through? Sort of a no brainer.

We arrived late Wed in Houston and drove straight to Galveston where we checked into our lovely home for the next few days at the Galvestonian. It was a 15 minute drive from UTMB and a much better choice than a freeway Candlestick Inn. For the first time Carter could access a beach. The hard packed sand gave him his first beach “walk”. We took it as a sign this was meant to be. 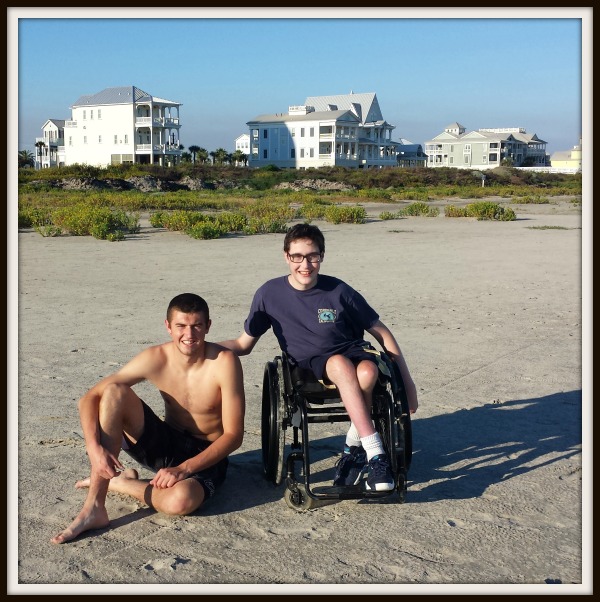 On Thursday we met with Dr. Yngve and while he thought he could help Carter gain some function he again warned us that we were not likely to see the miracles that people with CP are seeing. Carter was still excited to go through with it.

Friday morning we checked in for the procedure. He was in and out in less than 2 hours. We were given a script for both pain relief and valium to keep the muscles calm. I sort of giggled leaving thinking that Carter hardly ever needs pain meds and this was on his legs which he has very poor sensation AND they gave him the alcohol nerve block. They warned us there would be bruising. For the next part I wish I had pictures.

HOLY HELL. The bruising started a few hours after we got back to the hotel and minutes later we were rushing to fill those scripts. He was in So. Much. Pain. and I swear it looked like someone had beaten him with a stick below his waist. He was so bruised and so sore. Sitting in his chair and going over the slightest bump sent him shrieking in agony. And me, being the confident parent I was that he would have no pain, had plans to drive to Austin and then visit college campuses with Connor for the next few days. I checked with the hotel. There was no room at the proverbial inn. We would have to go to Austin and so we loaded him up on the meds and took a very painful road trip to the Hyatt Lost Pines where we would stay and heal the rest of our time in TX. One thing was good about this plan. He could NOT have flown home in that condition. Nor would I have wanted to because I was not sure what was going on. None of my research had prepared me for the pain he would be in. It appears this may be somewhat unique to the spina bifida world.

Here are the actual before and after measurements 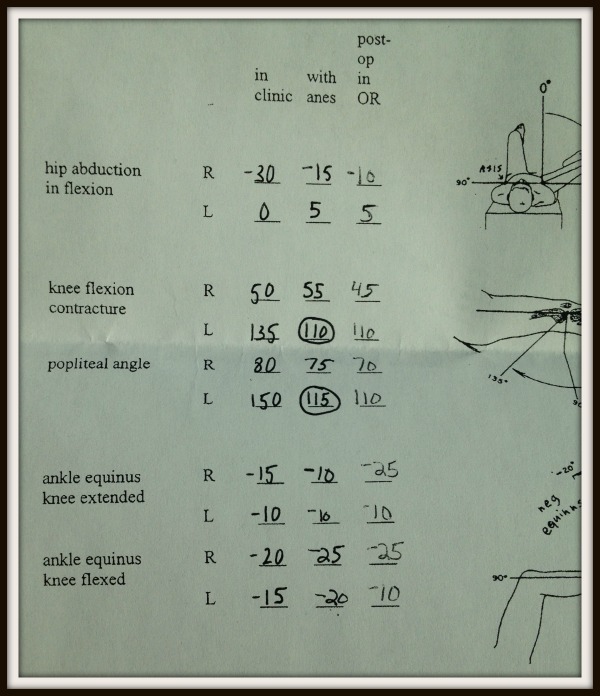 The Hyatt Lost Pines took amazing care of us and I will be writing more in depth about our stay at both places for people seeking a place to stay after medical procedures but suffice it to say after a few days the healing began and the bruising and pain subsided. He needed the meds for probably a week after the procedure. We flew home on Wednesday.

Soon after we returned home he started both PT and OT (hippotherapy) again and he felt GREAT. Within a few weeks his hips were opening wide enough for his first real horse ride. 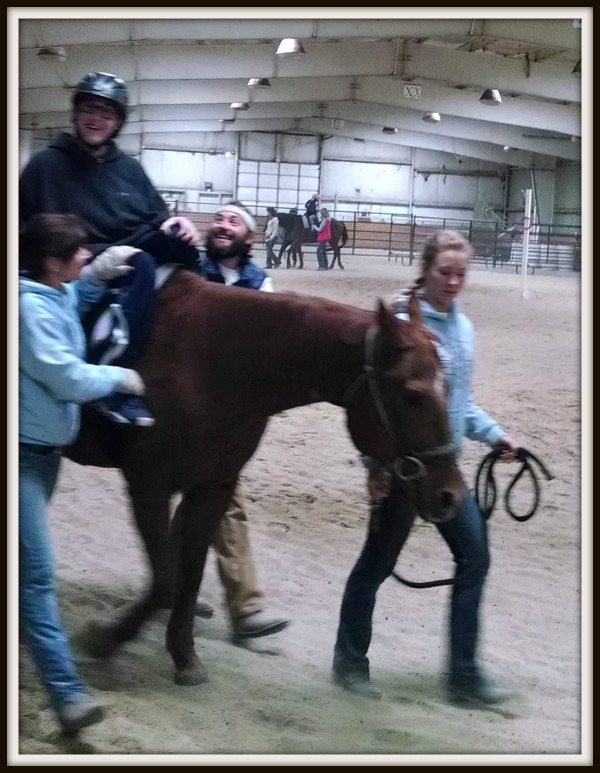 Here are his legs at a recent physical therapy appointment. 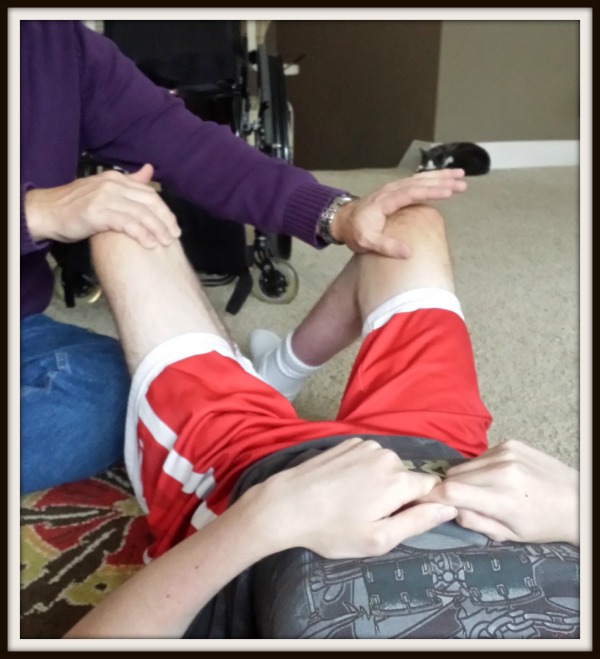 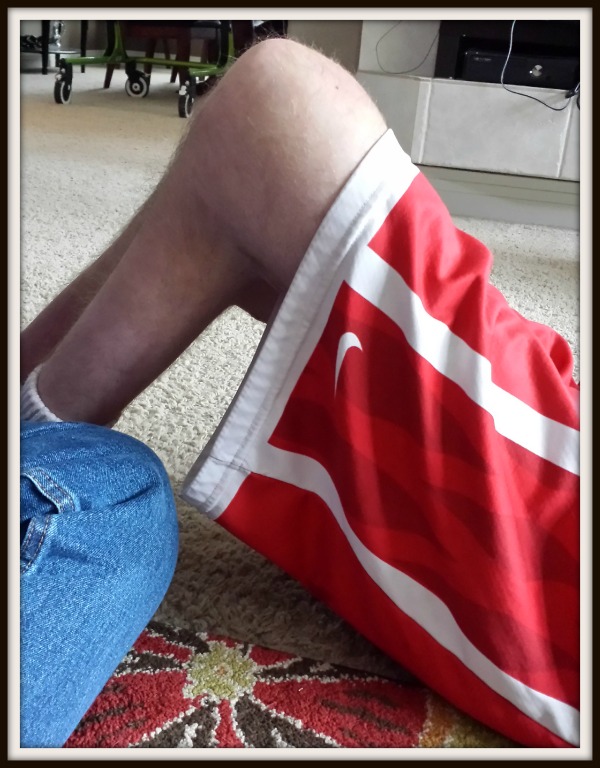 All in all I would say that the procedure was a success. There are basic functioning skills that have been regained. Dressing is easier as well as transfers. Carter would tell you his pain level is greatly reduced. Instead of constant pain, he only has pain during stretching. His need for botox injections is gone. His PT has said he sees it as a success although feels Carter would have gained more if he had been placed in a dynamic splint right after.

Post surgery I spoke with Dr. Yngve and discussed if another round of this would be beneficial. At the time he didn’t think it would have enough gains to be worth it. I am going to call him again and re-discuss this. I am wondering if the spina bifida population may benefit more from two procedures than a person with CP because they do not see HUGE gains in the initial procedure. There have been gains and it was absolutely worth it but its not a miracle cure for people with SB like you see in some of the CP Youtube videos. At least it wasn’t for Carter. But any increase in function is a success and will be celebrated in this house.