You are here: Home / family life / Stepping Up the Spook Factor

Halloween is always a to-do at our house. Since moving to Colorado Carter has not been able to trick-or-treat. Too many stairs and inaccessible hills to peoples houses. Instead we stay in, buy full size candy bars for ourselves and scare the pants off the neighborhood children. We have fog machines, creepy decorations, spooky music, sound system on a mic that Carter yells things through and cameras to catch all the action.

These are some of the things that are staples: 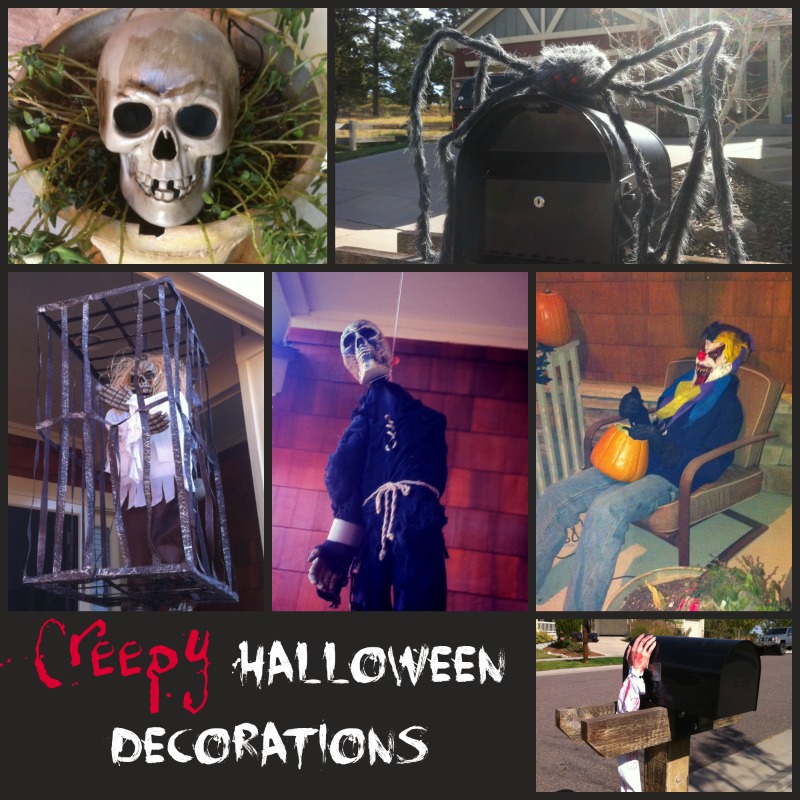 I have a plethora of hanging skeletons that are all named after former evil children I have known. Seriously. I could tell you their names but I am not that mean. The problem with the skeltons is that they are all trained to howl, moan and talk at the slightest bit of motion. It gets pretty annoying hearing them talk all night (much like their live namesakes were) and honestly, if it snows the switch is pretty darn cold and inconvenient to get to. This year I have them on a WeMo switch so that I can turn them on and off from my phone. It will be awesome to be able to do this even when we aren’t home.

In past years, we have used a camera to tell when kids are getting close to the house. Then Carter would turn on the mic inside which was hooked up to hidden speaker. There have been two problems with this, as it got darker they were harder and harder to see and we have never been able to hide the mic wire right. This year we are going to use a  HD Night Vision NetCam operated over wi-fi like the wemo switch that we are rigging to this giant spider that hangs right at the end of the garage 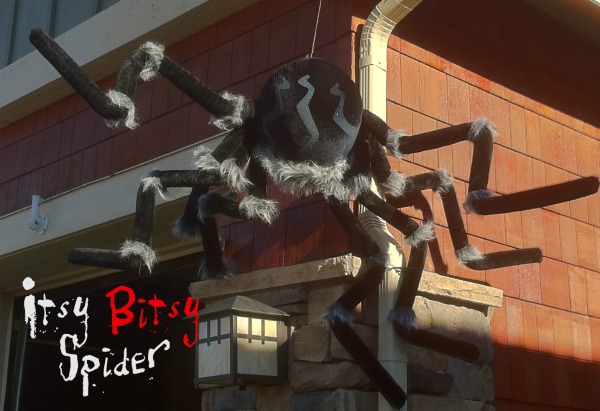 When it isn’t   Halloween we use this camera on the porch and it works so much better at night. You can even set it to alert you when there is movement. We are also looking into a wireless speaker/mic situation that can also play a Halloween soundtrack over it. I haven’t found one at the right price yet.

Carter has a blast yelling at the kids to stay off his property or else and for those who dare to get close enough, they have Connor to deal with in the scary clown costume on the porch before they can get their candy. With the camera Carter can make comments about their costumes which really freaks them out. We believe in making kids work for their treats around here.

*I want to thank Verizon Wireless for spooking up our Halloween this year by providing us with the WeMo switch and the Belkin NetCam camera. I love being a part of the #vzwbuzz team because we are always first to check out the newest awesome item out there that makes life more enjoyable. When the WeMo switch is not in use as a Halloween prop we have a lamp plugged into it in the house and as I said above the camera is awesome on the front porch at telling me when I should and should not answer the door.